Thanks for taking the time to look at our crowd funding theme, Jumpstarter. It’s a WordPress theme that seamlessly integrates with your offering and allows you to create a crowd funding projects! Easily crowd source everything from films, games, music to art, design, technology, or anything you can imagine.

END_OF_DOCUMENT_TOKEN_TO_BE_REPLACED 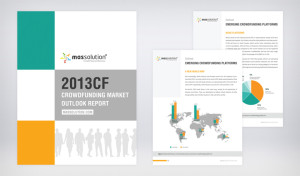 Introducing the 2013CF Crowdfunding Outlook Report — This report offers a comprehensive assessment of the crowdfunding industry, based on data gathered from 308 funding platforms worldwide and analysis from leading experts active in the industry and in academia. It maps, graphs, and predicts crowdfunding activity by geographic location, category, crowdfunding model (donation, reward, lending, equity, or royalty), activity, dollar amount, and other essential factors.

What are Campaigners Saying about Crowdfunding?

The campaign to front a movie based on the cult television show “Veronica Mars” through crowdfunding broke records for the fastest project ever to raise $1 million on Kickstarter. It was the website’s biggest film project so far, and it has the most backers of any project to date.

What it probably didn’t do, Wharton experts say, is throw open the doors of crowdfunding to major motion pictures. But that’s OK: Crowdfunding is successfully helping entrepreneurs raise capital without the need for them to go Hollywood.

What the “Veronica Mars” case does illustrate, however, is that Kickstarter and its crowdfunding brethren have proven their mettle as mainstream, reliable avenues of funding for both start-up businesses and established firms. Not only do crowdfunding websites provide a cheap, easy way for individuals to seek start-up funding, but would-be investors are also doing an excellent job of picking winners out of the crowd, according to Wharton management professor Ethan Mollick.

END_OF_DOCUMENT_TOKEN_TO_BE_REPLACED

Ways to Power-Up Your Crowdfunding Pitch

Crowdfunding can be an effective tool for accomplishing your startup goals. Whether you’re looking to jumpstart your marketing efforts, expand your customer base, or reach out to friends and family for funding, crowdfunding provides a platform to rally support around you and your company. Having worked with hundreds of entrepreneurs who have conducted successful fundraisers, we have distilled 7 key strategies for launching a successful crowdfund:

END_OF_DOCUMENT_TOKEN_TO_BE_REPLACED

US investors are buzzing over crowdfunding, would it work in South Africa?