Kyle Jantjies is a 26 year old author, teacher, biologist and martial arts enthusiast. He began writing in 2013 and received multiple rejections until his first book, The Tuloc Triangle, was officially published in 2020. Since then he has published 12 additional novels. Most notably of the 12 is The G.L.O.A.T. - The Search for Mokole-Mbembe which was a finalist in the Author Elite Awards and his fantasy series, Journey of Soul, which consists of 7 books packed neatly within a beautiful boxset. One of Kyle's major achievements was writing and publishing 9 books in 2021 alone.

Kyle Jantjies is 26yr old author based in Cape Town, South Africa. He is currently completing his MSc in Biodiversity and Conservation Biology at the University of the Western Cape. He also teaches Mathematics and Geography at a High School and holds a blackbelt in Ninjutsu.

He began writing in 2013 and wrote his first novel which was rejected over 30 times by publishers and literary agents. In the years following that, he wrote two more novels which each received their fair share of rejections. Finally, in 2020, his book, The Tuloc Triangle, got accepted by Malherbe Uitgewers, a publishing company based in Kwazulu-Natal, South Africa.

He currently has 13 published novels under his belt, both traditionally and self-published. His book, the G.L.O.A.T. – The Search for Mokole-Mbembe, was one of the top five finalists in the Author Elite Awards for Best General Fiction novel. He has been featured on various TV platforms, had radio interviews, news outlets, and has spoken at a variety of events, most notably, as a guest speaker at the Adam Small Literary Festival in Pniel, Franshoek.

In 2021, he wrote and published 9 books in a single year. He has also recently released his newest fantasy series, Journey of Soul, a seven-novel series encased in a beautiful boxset.

THE JOURNEY OF SOUL FANTASY SERIES

Journey of Soul is an epic fantasy series that follows the journey of Phillip Jones, a young soldier with a lofty dream. In his world, everyone has a gift. Some have the gift to control fire, others can speak to animals and some can heal. And there are some, although very few, who have no gift at all.

Phillip Jones' one goal is to become the world's greatest soldier but, in a world, full of gifts it’s tough being one of the few without any at all. His friends can speak to bears, heal injuries, control fire and manipulate water while he himself, has no gift of his own. However, when he finds out about an ancient tree that can grant him his very own gift, he goes off in Search for Power.

The series consists of seven books in total, encased in a beautiful boxset. The seven books are as follows:

The books have received great reviews from those who have read them in a variety of countries and interest has been sparked to see these books in the stores.

The series has officially been accepted by an amazing distributor who has a 100% success rate at getting books into major bookstores. This means, that in the next month or two, Book One of Journey of Soul will hit the South African bookshelves and the rest of the books will hit the shelves immediately after. Following that, they will spread to international bookstores. Here’s the problem:

Each book costs money to print, and that printing cost comes from the author himself.

At an average of R60 per book, it will cost R420 to print all seven books. The distributor requires that there be enough books ready to deploy for when the bookstores order more (AND THEY WILL).

In addition, each set requires a box as well. The boxes cost roughly R50 for a set of 200, therefore the costs of that comes out to R10 000. In total, R95 000 will be required for the entire boxset. That’s a lot of money to pay upfront.

I’ll be hosting a crowdfunding campaign in order to raise the funds for this endeavor. My goal is to raise R100 000 so that my books can hit the shelves as they should. The additional R5 000 will be used to print and courier your rewards to you!

After seven years of writing and struggling, I finally managed to publish my first book, and now, 9 years later, my books have the chance to hit the stores BIG! But I need some help to get it there! And that’s where YOU come in. If you love my books, would love to see them on the shelves, love my story or simply want to help this South African boy reach his goals, then I’m asking you to pledge to my cause.

Any amount is welcome. However, as you will see below, there are certain rewards for pledging above a certain value. If I do manage to reach my goal by the end of the event period, I will receive the money and can work to make my dream a reality. If I come up short of the R100 000, you will receive your money back.

I hope that I will have your support in this endeavor! 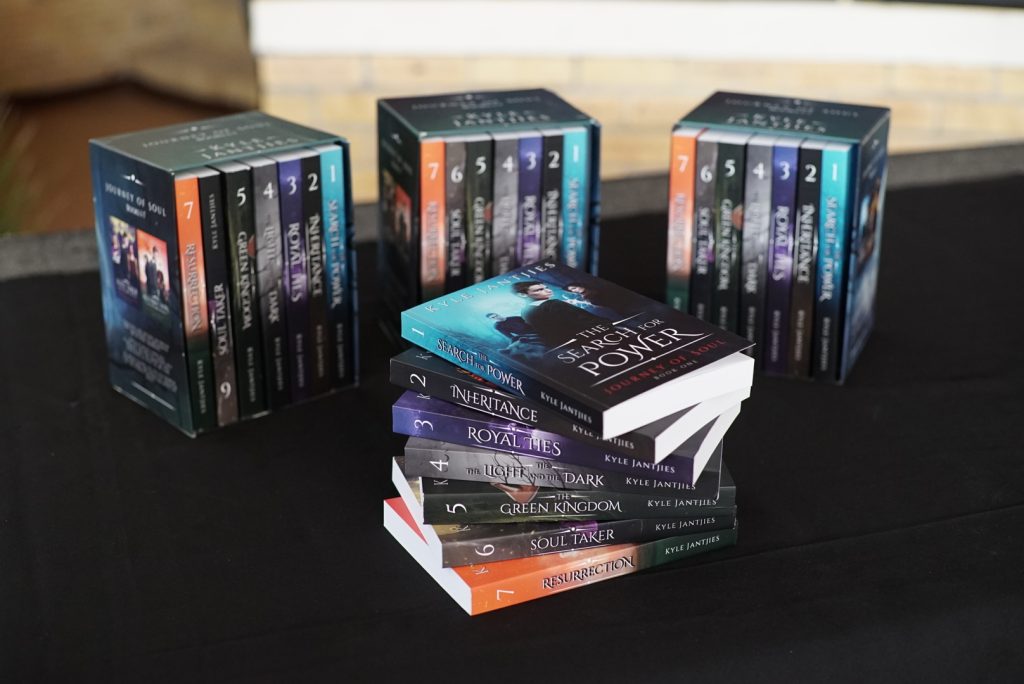 The rewards for each pledge are listed below. You will receive signed copies of my printed works couriered directly to you! 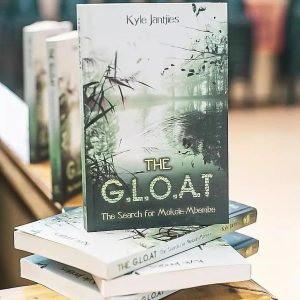 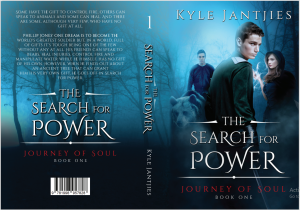 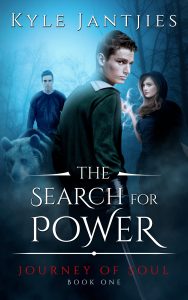 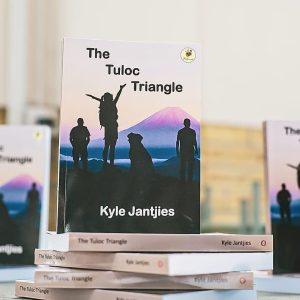 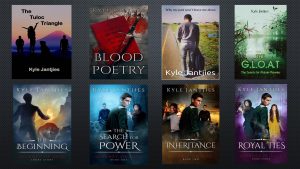 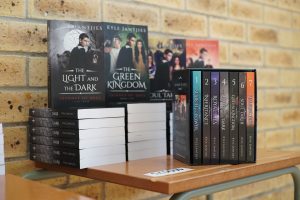 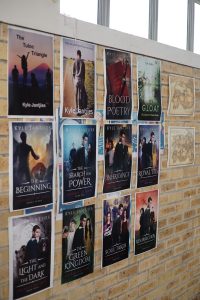 In addition, if I’m able to meet my goal and more, there will be extra prizes!

If I am able to reach R150 000, I will be able to make Journey of Soul: The Beginning (The prequel short story available on Amazon) into a printed copy and add it as a reward to those who will receive the Journey of Soul boxset.

Furthermore! If I’m able to reach R200 000, I will be able to make the remaining three of my e-book novels in paperback copies and attach it as a reward to those who have pledged R4 000. This means along with your rewards, you will also receive signed copies of Blood Poetry, Escapism and Why my past won’t leave me alone!

Where can you find out more about me? 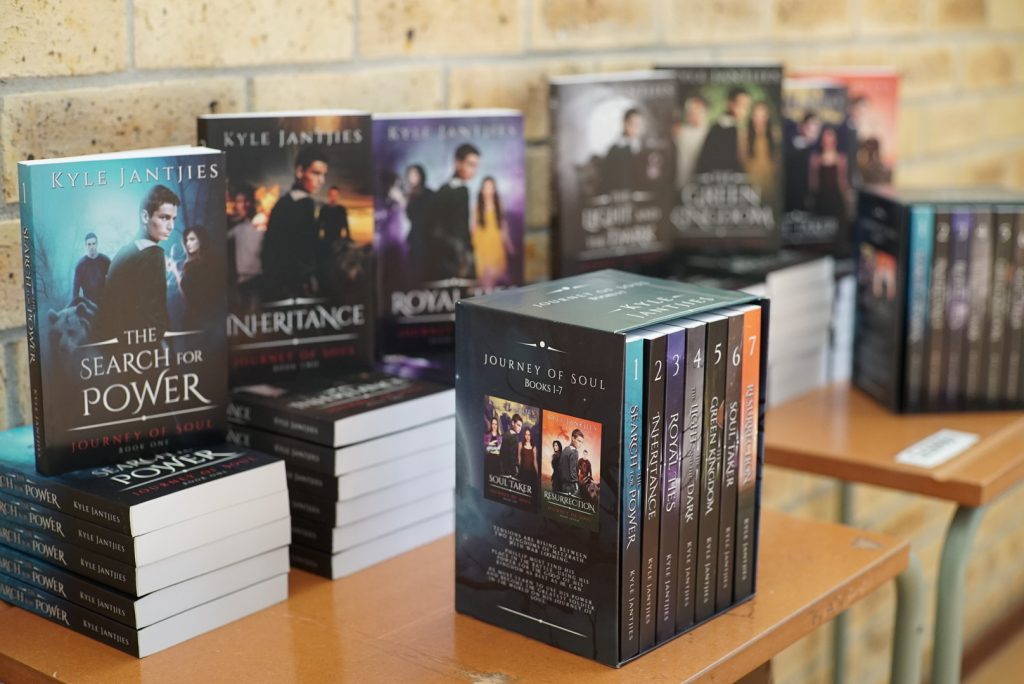