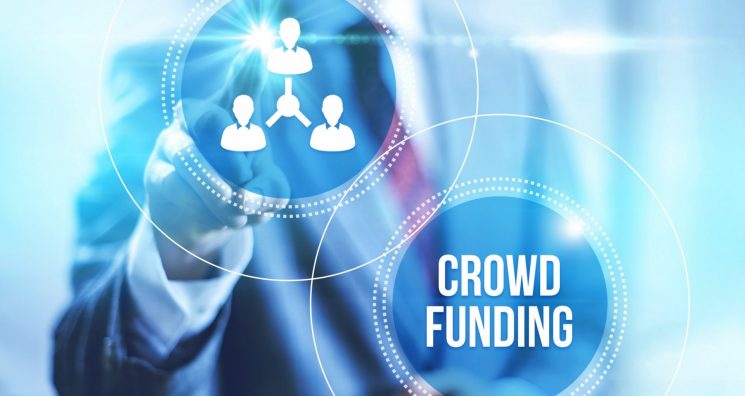 If you’re about to launch a crowdfunding campaign (or you’re in the middle of running one right now), you might be wondering how you can raise more money more quickly.

This urgency can be multiplied if you’re using an “All-or-Nothing” platform like Jumpstarter Crowdfunding that only lets you keep your funds if you reach your fundraising goal.

Luckily, we’ve got some of the best crowdfunding tips that can help you raise more money and awareness for your cause, project, or event.

How you implement these crowdfunding tips will likely depend on the type of campaign you’re running and the platform you’re using. Adjust and tweak them as necessary.

The first crowdfunding tip is to research and prepare.

This particular piece of advice won’t work for campaigns where there is an emergency need or a very close deadline, but if you have the time to plan for your crowdfunding campaign, you definitely should.

The most successful crowdfunding campaign organizers take an average of 11 days to research and prepare for their campaign’s launch. You may find that you need more or less time depending on your campaign type and fundraising needs.

These resources are a great place to start, but there are many, many more helpful articles, videos, and tips out there.

By knowing as much as you can about crowdfunding before you launch your campaign, you set yourself up for amazing fundraising success. Plus, you’ll be able to coach friends and family members who start their own crowdfunding campaigns in the future.

One crowdfunding tip is to ask for donations early.

Many crowdfunding campaign organizers make the mistake of setting up a campaign page and assuming that people will find it.

The chances that someone will stumble across your crowdfunding campaign and feel compelled to donate to a complete stranger are extremely low.

But all is not lost! By promoting your campaign on the same day you set it up (and the early days that follow), you can position yourself for crowdfunding success.

In fact, nearly half of successful campaigns’ funds are raised in the first and last 3 days of the campaign’s duration.

This means that you have a short window to get the word out and ask for donations from your:

The earlier you promote your crowdfunding campaign, the more likely it is that you’ll reach (or even exceed!) your fundraising goal. Use the social sharing tools that come with your crowdfunding platform to reach out to friends and family members with the click of a button.

Ask the right people as a crowdfunding tip.

You know your network best. You, more than anyone, can likely tell if someone would be receptive to giving to your crowdfunding campaign.

For instance, someone who has lost a loved one to cancer will probably want to contribute to a crowdfunding campaign that’s raising money for cancer research.

Similarly, if you are running a crowdfunding campaign for a certain politician, you probably aren’t likely to receive any donations from friends and family members who belong to a different political party or who have dissimilar political ideals.

Both situations are to be expected when raising money.

Not everyone is going to be as enthusiastic about your cause or project as you are. And that’s okay.

But if you want to make the most of your time and energy (and increase the chances of your crowdfunding campaign’s success), you shouldn’t reach out to people who aren’t likely to contribute to your campaign.

Do your best to focus your energy on outreach that will have the highest return on your investment.

Just remember, to an extent, crowdfunding is a numbers game. So, while you want to be strategic about your outreach, you shouldn’t be so strategic that you end up narrowing your options.

By asking the right people for donations, you can establish a strong and supportive donor base. Some of these people might even give more than once! This strategy is much more effective than making a mass appeal to every single person you know.

CROWDFUNDING TIP #4: BE SPECIFIC ABOUT WHAT THE MONEY’S GOING TOWARD

If you’re looking for crowdfunding tips, make sure to let donors know how the funds will be used.

Very few supporters will want to give to a vague crowdfunding campaign that doesn’t even hint at where the funds will go.

The more specific you can be when talking about how donations will be used, the better!

If you can, try to separate donations out into giving levels that delineate exactly what each amount will help you accomplish. Being clear about where you’ll allocate the funds you raise establishes transparency with your donors, making it more likely that they’ll trust you and give to the campaign.

Breaking out giving levels and telling supporters what their funds will go toward can make donors feel more comfortable about giving to your campaign. They can feel confident knowing that their gift will go toward something meaningful or productive instead of wondering how their money will be used.

CROWDFUNDING TIP #5: OFFER INCENTIVES (WHEN YOU CAN)

One crowdfunding tip is to offer your donors incentives if you can.

Incentives are great perks for donors, but they really only work for certain types of campaigns.

For example, if you’re trying to raise money to pay for funeral or memorial costs, you probably don’t have the time or energy to create incentives for donors to receive after they give a certain amount.

But crowdfunding campaigns for creative projects, trips and adventures, and even weddings and honeymoons can be the perfect opportunity to offer incentives to your donors for giving to your project or event.

The types of incentives or products that you offer typically depend on what you’re raising money for. We’ve seen campaigns offer incentives such as:

Offering incentives not only gives your donors something to remember your campaign by, it also encourages them to give even more!

If you have different giving tiers that correspond to different perks or incentives, people are likely to choose a higher giving level or at least a level that has a perk that they’ll enjoy.

Offering incentives is a great way to connect donors to your cause and give them a way to remember your campaign. It also gives your fundraising efforts a boost. Just make sure that you choose incentives and perks that donors will actually be interested in!.

A common crowdfunding tip is to write captivating and informative copy for your campaign page.

Most crowdfunding platforms will generate a general sentence or two that goes along with your campaign’s URL whenever you share it via email or social media.

While this feature is convenient for quickly sending out campaign promotions, it creates a cookie-cutter experience for your followers and supporters.

If your campaign promotions sound like everyone else’s, then there’s nothing to distinguish your crowdfunding campaign from the dozens of others that are likely floating through your friends’ and family members’ social media feeds.

Instead, modify that general copy to fit your crowdfunding campaign.

However, you choose to personalize your communications, make sure that you keep them short. It shouldn’t take your supporters 15 minutes to figure out that you’re asking for donations. The purpose of the email, Facebook post, tweet, or other promotion should be immediately clear.

Personalize your communications and promotions to help your crowdfunding campaign stand out from the rest! Use your posts and emails to tell your story and persuade your friends, family members, and followers to give to your campaign.

Keep updating your fundraising page as one of your crowdfunding tips.

Updating your crowdfunding page is important for a couple of reasons:

Including updates about your crowdfunding campaign can help boost your fundraiser’s success. Add media to keep your supporters in the loop about your progress!

Well, there you have it: the top seven crowdfunding tips that will help you raise more money for your project, event, or cause. Make sure to share this post with your friends and family members so that they can make the most of their crowdfunding campaigns, too!